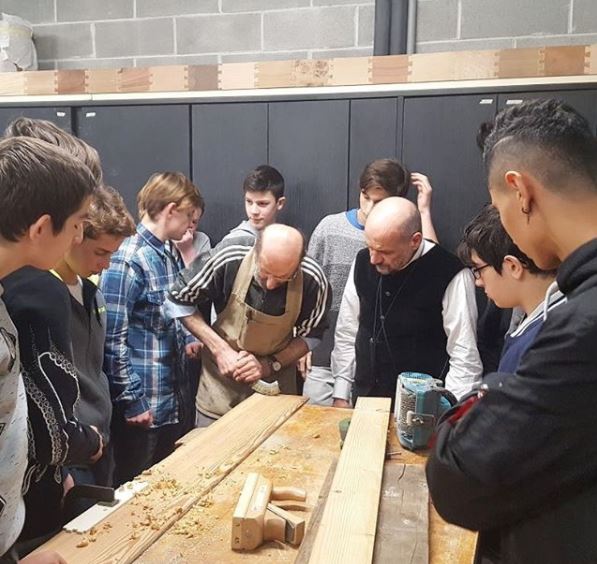 On February 20th 2018, Cometa Formazione and Cometa Research organized the Conference “The Cometa Educational Approach”. It has been the official presentation of the Report promoted by Fondazione Agnelli and realized by Gaia Banzi (Università Milano-Bicocca) on the analysis of the Cometa educational approach and its transferability. Prof. Susanna Mantovani (Università Milano-Bicocca) gave her scientific supervision. Speakers of the conference included the international contribution by Shyamal Majumdar (UNESCO-UNEVOC) and Mariavittoria Garlappi (ETF Foundation).

We are happy to share the conclusions of the report on this blog. The complete version (ITA and ENG) of the report can be downloaded here.

Cometa Formazione-Oliver Twist school represents an original experience which has expanded over time, thus receiving consensus and appreciation (for ex. by the European Training Foundation) and can now proudly stand out, in an educational landscape that is not always that exciting like the Italian one, thanks to the positive mood created by a passionate teaching staff and the educational/instructional care dedicated to every single student. What most strikes the observer is the ability to put together educational skills and managerial skills, which is also reflected in the management of time and resources. The organization seems to be able to effectively communicate with the political authorities, thus moving with agility within a national and regional regulatory framework under constant evolution.
The asset around which the entire Cometa system seems to revolve is the ability to elicit high degrees of devotion in many of its professionals, especially teachers and tutors, also a result of the combined formula of values and family bonds of the top management members. Passionate commitment has led to consolidate good practices, to design individualized paths, to develop effective internship and order-driven teaching/learning processes as well as attention to quality in service training opportunities for the teaching staff.
The survey – which lasted over 6 months – has highlighted various aspects specific to the educational model. Some problem-prone areas have also come to the surface and require attention in terms of sustainability of the model. The first area goes back to the cornerstone devotion ensured by the players who share the educational responsibilities in the School: Cometa offers a lot to its students because it demands a lot out of its teachers, both during regular days and throughout the school year. Like all private organizations, Cometa too faces big challenges in achieving and overcoming government public compensation schemes that are by far not high, but still characterized by several clear benefits (plenty of free time, no pressure, etc.): also, Cometa tries to offer a lot to its teachers through high investment in training, for ex., the PhD program and summer “campus”. However, our notes on the incentive measures (not only monetary ones) that are most suitable to minimize the staff turnover cannot be limited to the in-service training as this may end up being an additional time burden required out of teachers.
A second noteworthy area is the balance of income required to cover such a demanding training offer: attention to each single student – even more so required for Special Education Needs kids, emphasis on the environment aesthetics, and high-profile training for the teaching staff, imply a per-student tuition fee that requires major financial supplements in addition to regional funding. Sustainability also depends on the ability of Cometa to maintain and, if possible, strengthen the two channels of fund-raising and income, possibly expanding their reach beyond the local sphere.
One of the questions underpinning the onsite survey concerned the conditions required to possibly transfer Cometa experience to other contexts. This question is justified by the fact that the need for inclusion and fight against school dropping-out addressed by Cometa locally is strongly felt in other geographies too, so much so that it sometimes stands out as a real national emergency. The survey study allowed to focus and isolate some peculiar features of the model, including, the key role played by the strongly charismatic figure which was able to launch and guide the educational experience, thus safeguarding it from the risks of repetition and overt technicalization; strong anchoring of the school tasks to real labor and job market, also as factors inducing accountability in the youngsters; utilization of beauty aesthetics and rigor as a pedagogical leverage, which is certainly not unprecedented and yet an effective practice pursued with conviction.
However, it would be naïve to think of these and other fertile elements of Cometa as of easily portable/exportable ingredients for other contexts. From our close observation of Cometa’s experience, we may draw some important lessons for any attempt to trigger a similar process in other geographies, specifically those economically and socially disadvantaged where the need to recover perspectiveless young people is more deeply felt.

The first lesson involves a cohesive framework of reference in terms of values, particularly inspired to the idea of hospitality/welcome. The school and its different training activities originated and then developed in a region that has been historically very much connected to the educational movement referring Father Luigi Giussani. A close mesh of practices and ideals arose out of it, including roles and reference models, which contributed to “keep together” potentially controversial factors: managerial activity/family, collaboration/competition, dropping out/motivation. Therefore, it would be an illusion to think of transplanting the individual ingredients of the model without caring for the ideology-value tension that enabled its combination. On the other hand, similar forms of deeply-shared experiences by the players of educational enterprises (though with different pedagogical implementation and values) can also be found in other successful experiences, both religiously inspired (Salesians’ vocational training) and lay’s (the Reggio Emilia approach).

Also, a second important lesson can be drawn from the analysis of Cometa’s experience: virtually nothing of what can be observed today in the school has ever been designed in theory; in fact, anything existing today has drown its origin and inspiration from the need to provide effective – even unconventional – answers to the needs of the local territory. All activities by Cometa, the agencies and organizations committed to them and the very same teaching/learning approach were built “in action”, without following a planned design. This process of listening to the needs, looking for original and community-rooted solutions, ongoing adaptation to the changing conditions of the demand for training and education required long maturation times: just think of the evolution of the training demand by the parents of children who used to attend supervised classes after regular school time which then led to the creation of Oliver Twist school. Also, think of the progressive development of a self-funding system through the sale of products and services, which implied the need to establish a solid network of trustworthy relations with local businesses and/or experts/craftsmen of various areas. These are the adaptive processes which, through subsequent layers, also soundly bound to the local needs and competences, contributed to better qualify the conditions for the development of a successful training system.

Finally, a thought about the praiseworthy attention paid by Cometa to the potentiality of the boys and girls who enter its sphere: we were able to appreciate and bear witness to what it means to be/feel received by kids who are completely disoriented, without references and desire/motivation. In spite of a vague and rampant goal to train them how to think critically, it looks like “these kids” are assisted in expressing what they know and can do well, that is the undisputed foundation for future self-esteem and proactive behavior and, hopefully, for future citizens who are careful of and taking active part in the common good.
The referenced methods – specifically those founded on the work-based school reform – have tended to achieve not only professional, but also moral and social education goals. From this viewpoint, as it promotes truly responsible behaviors, the school fulfills its noblest task. 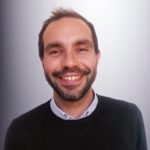